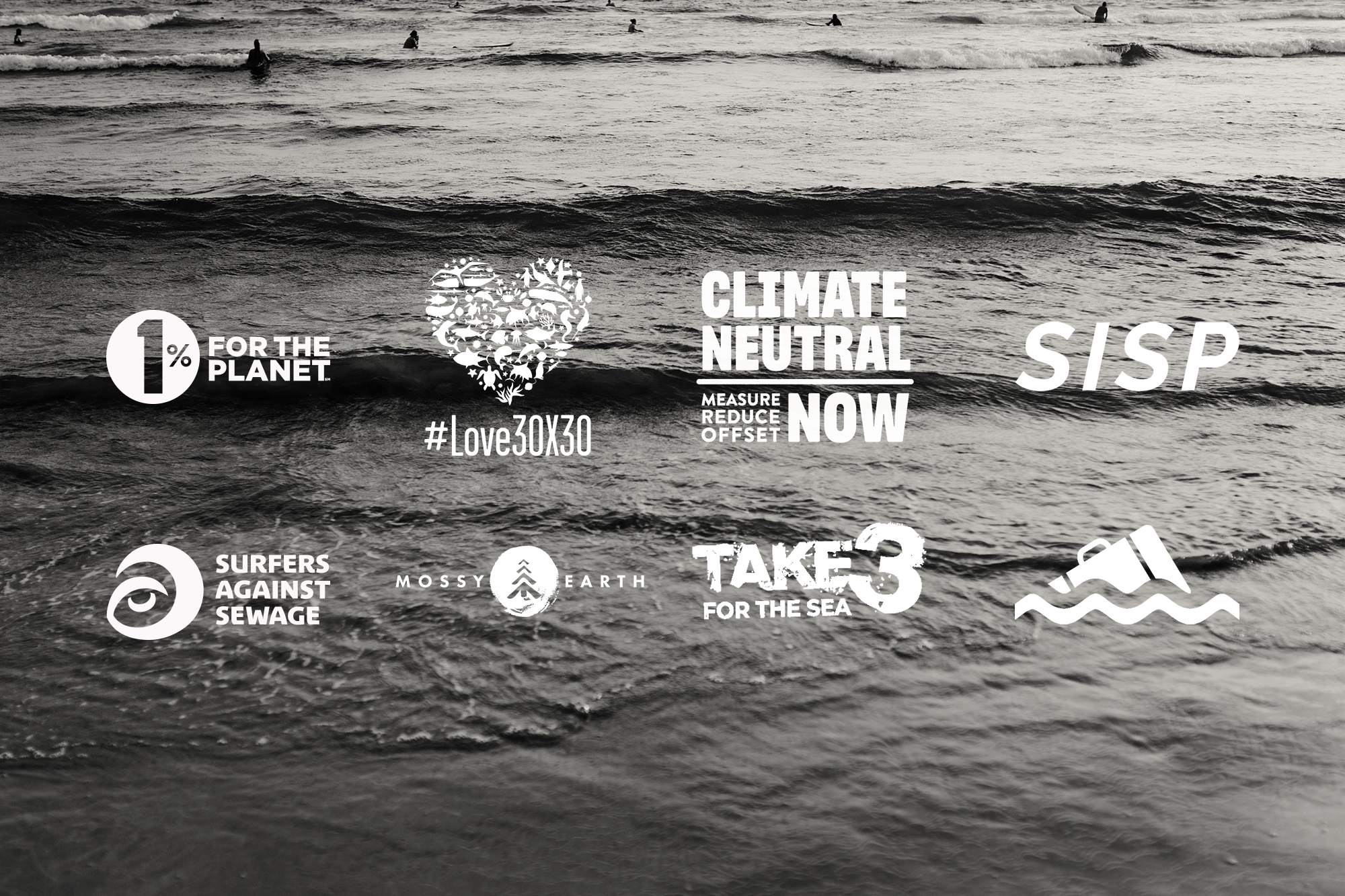 We all have a part to play.

Right from the get-go our aim was to create a soulful business which believes in the power of people, in the protection of the environment and that business can be done with heart and soul and used as a force for good.

Almost as soon as we became an actual business we have supported Surfers Against Sewage, the UK based ocean activist campaigners, by donating 1% of everything we earn to them via the 1% For The Planet scheme – and as soon as we discovered them we began regular support for S.I.S.P, a social charity near to us in Kerala.

From those early days onwards we have looked for organisations aligned with our sustainability goals that we can learn from, support and commit to.

We are committed to providing surf & yoga holidays in an environmentally and socially responsible way.

In December, 2015, the world came together to sign the Paris Agreement, a global climate change agreement that laid the groundwork for a low-carbon future. In order to make that future a reality, companies, governments and individuals must work together toward climate neutrality. As outlined in the Paris Agreement, relying solely on governmental action will not be sufficient, all of us have a role to play.

We have taken the UN’s Climate Neutral Now Pledge, joining a global community of organisations committing to become climate neutral by the second half of the 21st century. Of course that means action now in order to rapidly move the planet towards a pathway that keeps global temperatures from rising above 1.5 degrees Celsius by 2030.

Read more about our plans for carbon neutrality.

Within our first year of operating we came across the Kovalam Surf Club, which we soon realised was an offshoot of social charity S.I.S.P. Their mission is to improve the quality of life of disadvantaged people from marginalised fishing communities – by offering free education, training in social resilience, setting up savings systems, counselling and financial aid for medical treatment, food and/or school costs.

The surf club was set up as a reward for attending school all week! We fund a teacher's salary and have offered numerous temporary and full-time jobs to surf club graduates.

As a company, never mind a travel company, aiming to become actually ‘sustainable’ is impossibly difficult. At times that has made us feel like we are failing, which then led to dithering and inaction.

But doing something, becoming better, improving, reducing, measuring and compensating - in that order - is what we all need to do. This is not about never travelling again, but rather travelling better, and in a more conscious and responsible way. Tourism is one of the most important and largest industries on the planet. It employs more people worldwide than any other, with millions of families relying on tourism for their daily needs. You can’t just drop that. We would rather join other positive voices from within the industry that are committed to travelling in an environmentally and socially responsible way.

So, we’ve signed up to Tourism Declares A Climate Emergency, an initiative that supports tourism businesses, organisations and individuals in declaring a climate emergency and taking purposeful action to reduce our carbon emissions to 55% below 2017 levels by 2030 as per the advice from the IPCC

This is not about never travelling again, but rather travelling better, and in a more conscious and responsible way. And joining forces with our peers, sharing ideas and tactics whilst pushing for change at the government and big business level.

Click the Read More to find out more about Tourism Declares, and how you can join too.

We Declare a Climate Emergency

Tourism Declares is an initiative that supports tourism businesses, organisations and individuals in declaring a climate emergency and taking purposeful action to reduce their carbon emissions – as per the advice from The Intergovernmental Panel on Climate Change (IPCC) to cut global carbon emissions to 55% below 2017 levels by 2030.

Like all signatories, we have committed to the following five actions:

If you work in the tourism sector please join us and consider also declaring at www.tourismdeclares.com. 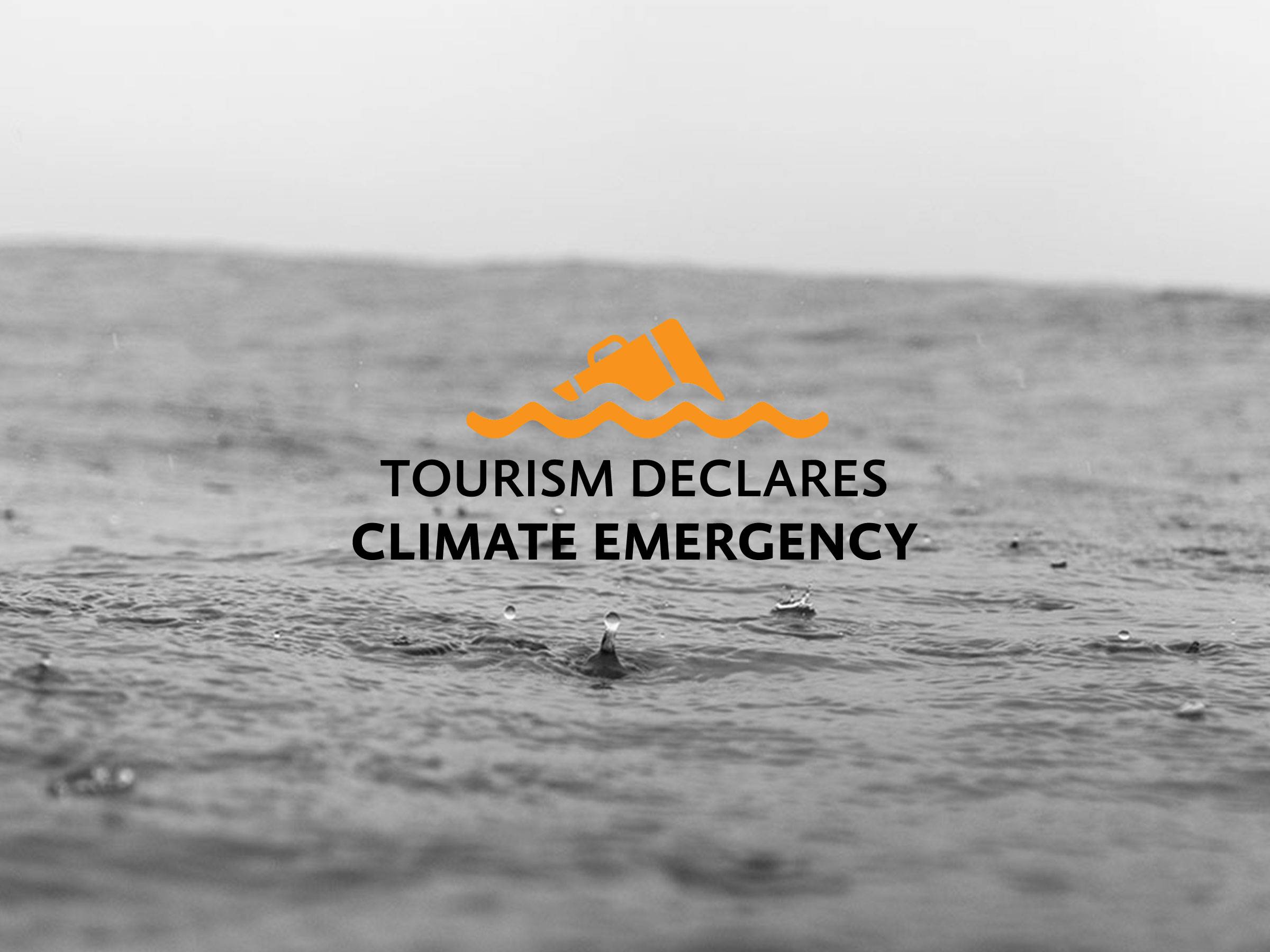 We declare a climate emergency

"There’s no such thing as sustainability. There are just levels of it. It’s a process, not a real goal. All you can do is work toward it." ~Yvon Chouinard, Patagonia founder. 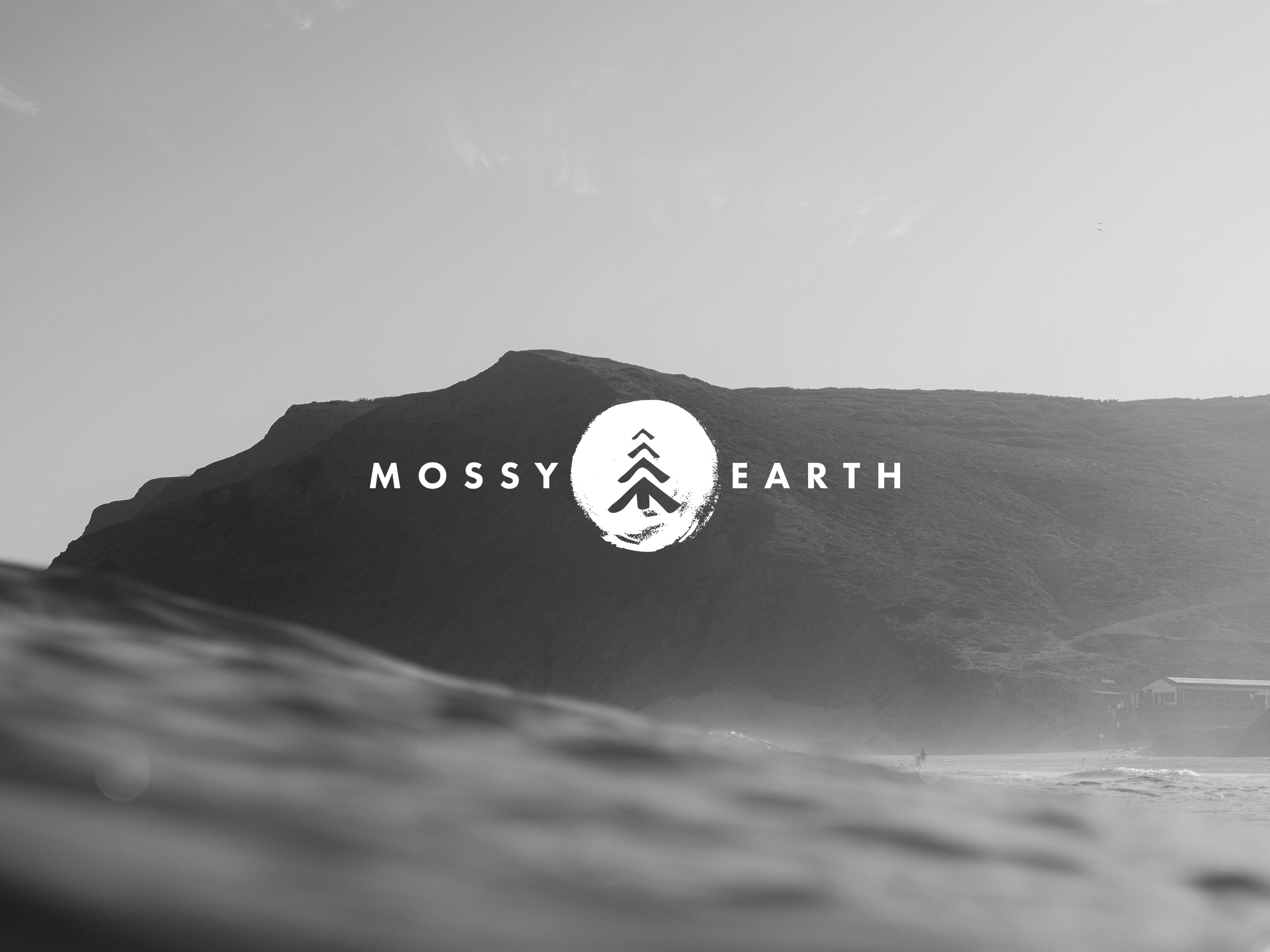 In 2020, to take the first steps of our Climate Action Plan, we began planting trees for each customer that stays with us. We chose Mossy Earth as our partner in this venture because of their commitment to rewilding and reforestation across a variety of ecosystems. This includes plans for ocean and coastal blue carbon projects around the globe, with almost a secondary added benefit of carbon sequestration.

Importantly, Mossy Earth’s goal is to build the necessary infrastructure so that every individual contributing to their projects can verify their impact themselves - from photos, GPS coordinates, polygons and open databases to satellite monitoring.

Mossy Earth's main aim is to restore ecosystems, promote biodiversity and mitigate the impacts of climate change. They are not only interested in increasing tree cover, but look for projects that take into account species diversity and functionality, how trees can provide ecosystem services like soil stabilisation and water purification, and their role in providing habitat for local flora and fauna.

They also look for projects that can help combat and mitigate climate change – not all reforestation projects are equal, and improper design can actually contribute to increased carbon emissions.

Take 3 For The Sea

Take 3 pieces of rubbish with you when you leave the beach and you have made a difference. We do it ourselves, we ask our teams to and we encourage our guests to do this every time you visit the beach.

It’s so simple. It makes a difference. It reminds us where the plastic goes that we throw away.

Join surfers and other ocean lovers in calling on world leaders to support highly protecting 30 percent of our shared, global ocean by 2030

We joined this environmental movement the day we became a genuine business. This group of businesses and individuals has given back more than $270m to the environment by giving 1% of gross sales (that’s total income not profit) to highly vetted environmental nonprofit organisations.

We’ve always donated our 1% to Surfers Against Sewage - see below.

Surfers Against Sewage in the UK create ocean activists everywhere for thriving oceans and thriving people. They are a constant source of inspiration, information and motivation to protect our oceans and coasts.

1% of everything you spend with us goes to Surfers Against Sewage.

Take a look at the Read More for links to our writing on the Journal about these projects and more.

We Support - On The Journal

Have a gander at what we've been up to in support of our partners, and in pursuit of our sustainable-ish plan:

In June 2021, aligned with World Ocean Day, we published a series of Journal posts to raise awareness of some key issues affecting our global ocean - with potential solutions too: 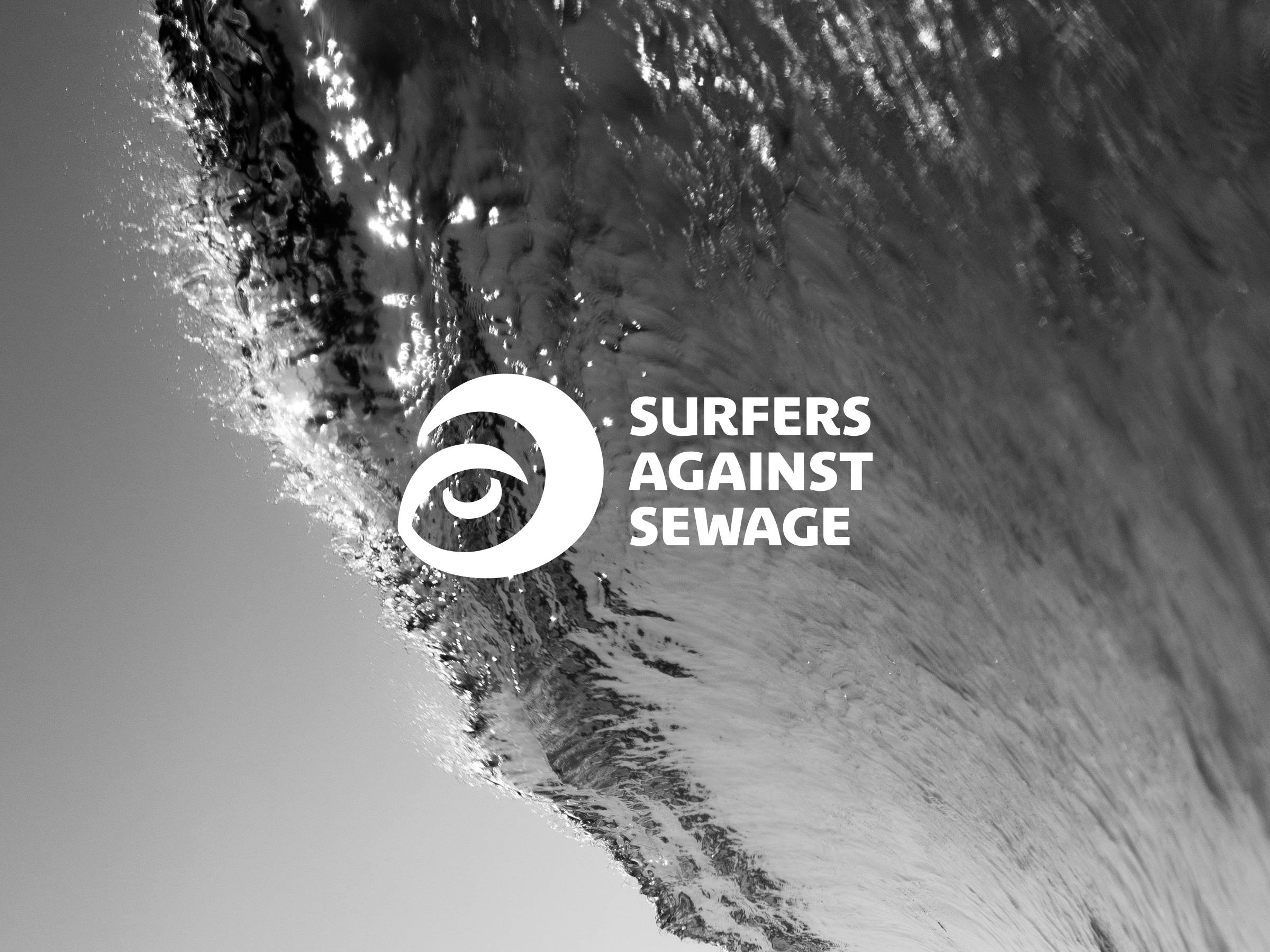 We are a business that balances purpose and profit. We are part of a global movement of people using businesses as a force for good.

We hunted around for ages to find a travel insurance company that we could, in good conscience, recommend. As part of our commitment to be a responsible and legally compliant UK tour operator – and as part of our responsibility to protect our customers – we make it a requirement in our booking conditions that you take out appropriate travel insurance at the time of booking. This protects you not only while you're on your trip, but also if there are any changes or cancellations before you travel (depending on the small print of course!).

WorldNomads are long established, well-respected, and their cover works for all our locations and activities and beyond.

That’s the bare minimum for travel insurance though, right?

So they also provide language guides, travel blogs and insights to keep you informed, educated and safe when travelling. Most importantly though, we recommend them because they align with our ethical and responsible travel values, providing not only guides and tips on how to travel better, but also making it easy to make micro-donations to global community development projects.

World Nomads - we recommend them because they align with our ethical and responsible travel values.


Get A Quote
We use cookies in order to give you the best possible experience on our website. By continuing to use this site, you agree to our use of cookies.
Accept